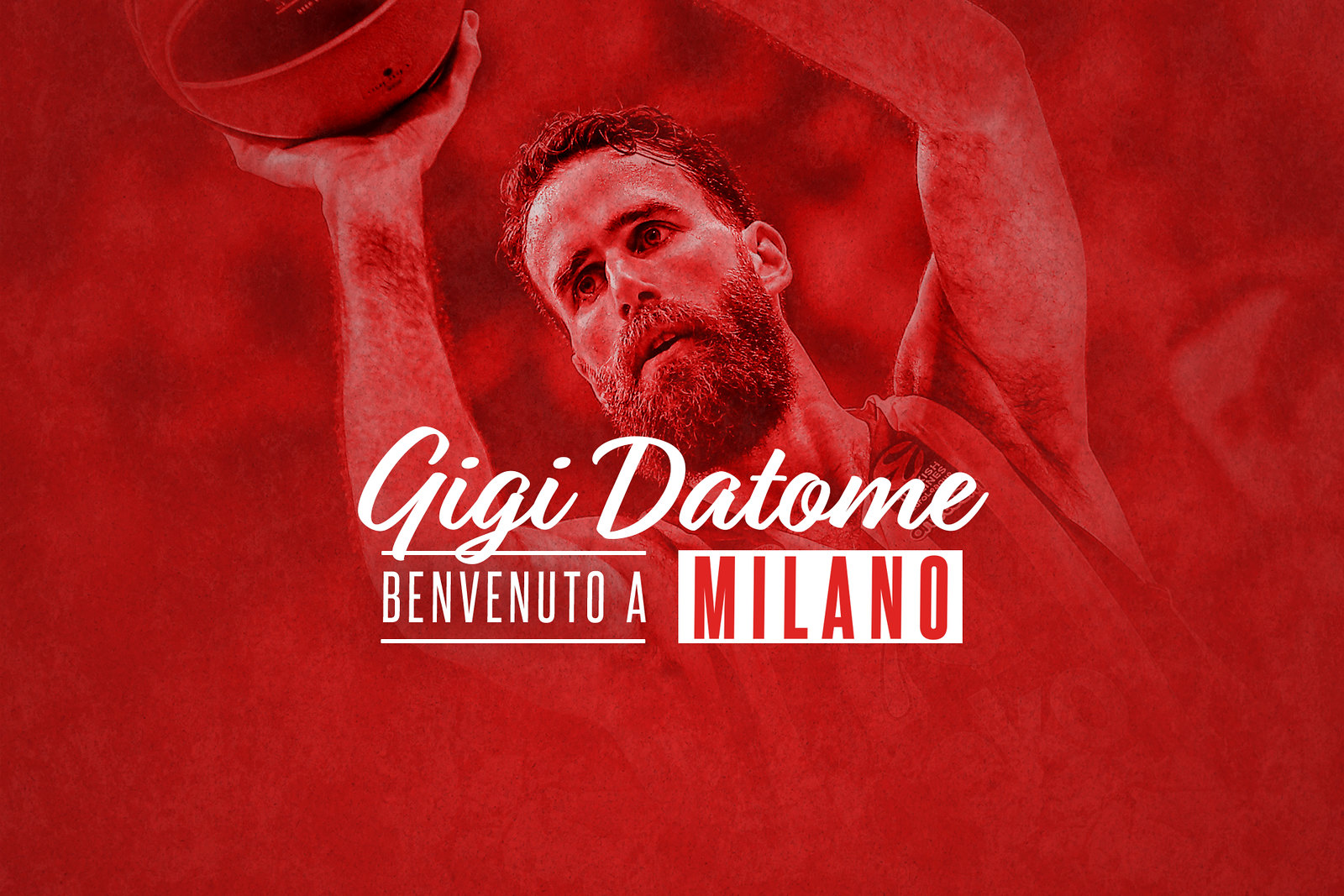 Olimpia Milan agreed on a 3-year contract with Luigi Datome, born in Montebelluna, on November 27, 1987, 2.03 mt. forward, coming from Fenerbahce Istanbul. “I’m really happy to start this new chapter of my career playing for such an historical and ambitious club like Olimpia Milan certainly is,” Datome said. “Gigi is a player who represents everything we are looking for in an athlete: charisma, experience, human values, winning habits. We are excited to have Gigi with us,” Olimpia’s general manager Christos Stavropoulos said.

HIS CAREER – Born in Montebelluna, but raised in Olbia, where he played on the team owned by his father Sergio, Santa Croce, Luigi Datome won a youth Italian championship with that same team and in 2003 moved to Siena, where he remained until 2006 while debuting in the Italian league and the EuroLeague. He eventually played for Scafati from 2006 to 2008 and in Rome from 2008 to 2013. In the 2012/13 season he averaged 16.9 points per game, grabbed 5.8 rebounds per outing and was named the league’s MVP. In the summer of 2013, he joined the NBA, signing for the Detroit Pistons. After 36 games in two years, he was traded to the Boston Celtics. In Boston, he played 18 regular season games and three playoff games. In the summer of 2015, he returned to Europe to play for Fenerbahce. In Istanbul he played four Final Fours in four years, was named in the second All-EuroLeague team in 2016 and won the European title in 2017 (he had 11 points and six rebounds in the championship game won against Olympiacos). He has also won the Turkish title three times, the Turkish Cup three times. He was the playoffs’ MVP in Turkey in 2016. He played with the Italian national team in the 2007, 2011, 2013, 2015 and 2017 European Championships, and in the 2019 World Cup.