Home Europe Basketball News Dimitris Itoudis: “Greece? It would be an honor. CSKA? We are...
Facebook
Twitter
WhatsApp
Email
Telegram 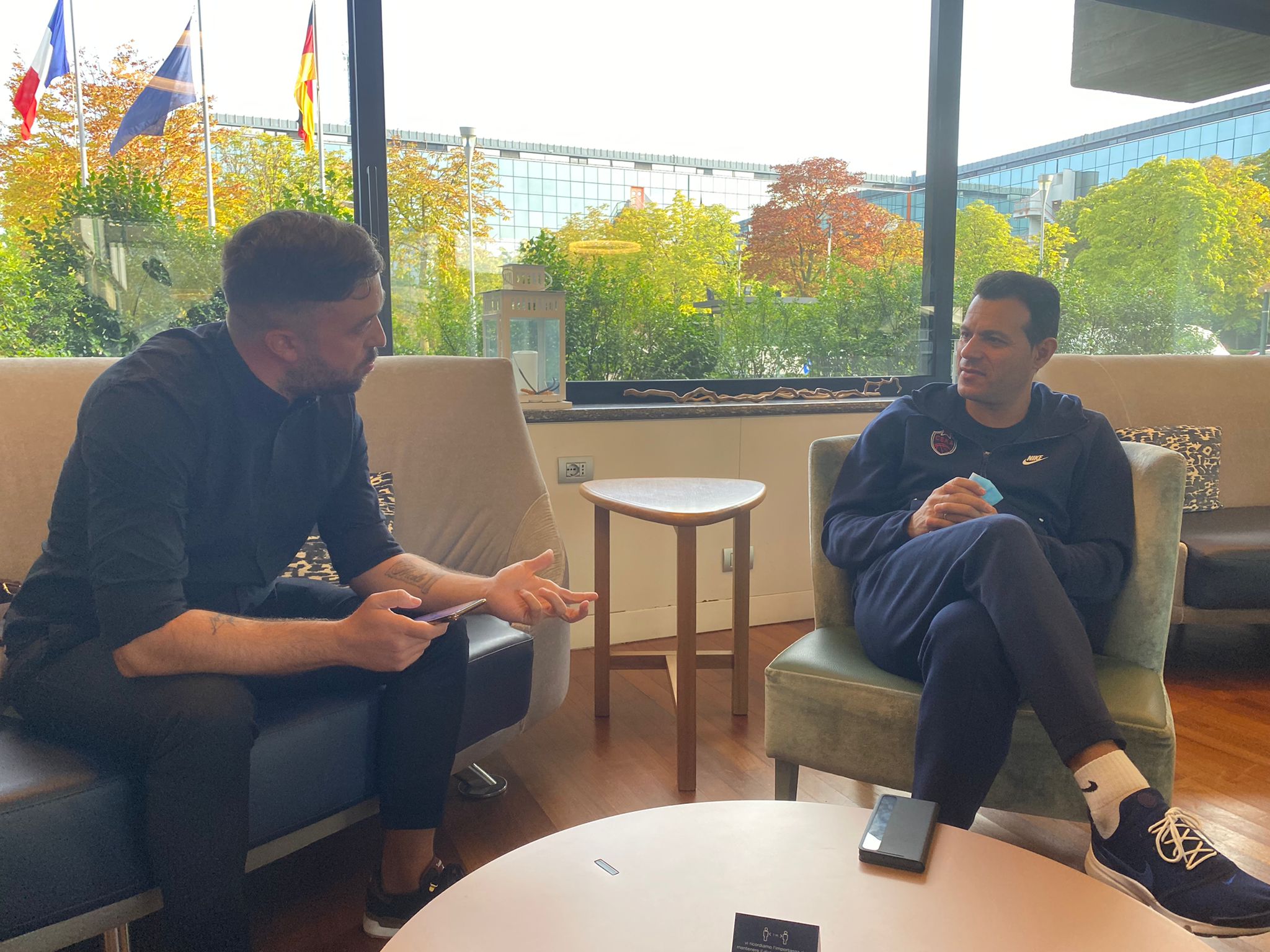 2) It is a CSKA that has made some changes during last summer with important signings, such as Grigonis, Shved and the recovery of Milutinov.. But many people say that CSKA are looking for an experienced point guard to add. Is the team complete or will you still make some moves?

“I’m happy with my team. Me, my staff and the President Vatutin are working to create the best possibile team. We have two free spots in our roster and we can sign two foreign players, we’ll see.  Our eyes are open but we are happy who we are and we want to see our roster performe right now. Of course the season is very long… and you can have problems like injuries that force you to do something.”

3) What do you think about Marius Grigonis? Does he have what it takes to become a star of this competition after what he has shown with Zalgiris and his growth in his career?

“Who is a superstar? A player who makes videoclips with his highlights? Marius Grigonis is a hard worker. He understands that after Zalgiris can make another step in his career. I like his enthusiasm and attitude. He’s always focused and motivated in every training. He has a lot of potential in his game and we’ll try to develop as best as possible.”

4) Speaking of another signing, Alexey Shved. Some have expressed concerns, seeing him as a “Mike James 2.0.” and a player not suited to an important team system like CSKA. What is the thought about him?

“Did you see him on the last games? I think he’s not playing in this way. I didn’t have difficulties with Mike James too, it was very easy.”

5) So, why didn’t it work out between CSKA Moscow and Mike James?

6) Daniel Hackett had great words about Coach Dimitris Itoudis, defining you as one of the best coaches he ever had. How important has he been for the team and how much has he grown over the years in Moscow?

“Thank you for the good words to Daniel. We understand each other all these years. He’s very important for us. Recently he had a small operation that give him also more motivation. He’s part of modern history of CSKA Moscow. Daniel is a great worker, he’s able to do many things that you don’t see on the statistic paper. I like his attitude and the fact that he made adjustments in certain period of his career. When we won the EuroLeague in 2019, during the celebration, he’s asking me about the next training as a young kid. He’s a great player and a great person.”

7) Both for Dimitris Itoudis and Zeljko Obradovic, I noticed a great affection from your players and vice versa. How important is it to be on the same wave and create an important connection between the player (the person) and the Coach in a team?

“It’s very important in all corporations, not only in Sports and Basketball. If you don’t understand the roles, understand each other… it’s not working. You can’t say.. I’m the boss and you have to do what I want. In the modern basketball, it’s fundamental mutual respect and understanding. You have to respect yourself, your body, the trainings, the teammates, the coach and the system. This is what we try to create in CSKA and became better every day in each part of this. This is bigger than basketball”

8) Speaking of Obradovic. If you have to tell me one thing you learned from him or maybe, a secret, what would you tell me? And how important were the years alongside him at Panathinaikos?

“First of all, I want to say thank you to a person who I have a huge respect of him, a friend who recently passed away, Dusan Ivkovic who introduced me to Zeljko. We are very good friends and we’ve been working together for 13 years, always helping each other. Nobody knew that we were staying together so many years and winning so many titles. Our relationship was built through honesty, direct communication.. became also an human communication. We become family. Of course I learnt so many things from him. I always be grateful to him to express my talent. I wasn’t the “yes man” and that’s what I want to do with my staff today, to express the talent.”

9) And then, opponent. Get to the Final Four and play the title against him. What sensations did he give her?

“The first game we met against was in Bandırma. The game was Banvit against Fenerbahçe and that was very emotional and fun. We had dinner the night before the game but then when you go to the business, you have the play the best possible way and win the game. I do care about him, his amazing family, as he cares about my family. But the game is the game, we’re on a mission!”

10) Not only CSKA. The Greek Federation has called you as the best new coach possible.

“I’m taking the opportunity with this interview with you, to say that I’m honored and proud that the new president of Greek Federation (Mr. Vangelis Liolios) is thinking to me. But I have to say that right now we’re talking and it’s not only a decision by my side. It’s a decision that has also to involve a great club and a great president (CSKA Moscow and Andrei Vatutin). We’re now in talks to find a solution. I would like to be the new Head Coach of Greece but we need to find the way. I need to know the calendar and all the aspects. Let’s see and how the things are going. I had several offers from National teams, for example Slovenia and I would like to say thank you to each one who thinks at me.”

11) And what would be, coach a player like Giannis Antetokounmpo.

“Giannis is a living example and a huge advertisement not only for greek basketball, but for everyone. He’s an example for young kid with an amazing story, with his family and how he faced the difficulties. An NBA MVP, NBA Champion and he never stop to say that he’s proud to be greek and play for Greece. I hope that God giving health to him that he can also achieve something big with Greece (and of course with his NBA team) ”

13) Reading the story from the beginning of your career, you had a period in which you called himself outside from basketball, working in a completely different sector, before returning to PAOK.

“It was another experience in life. A big company of Ice Cream where I was controlling the question markets in Croatia, but with all of the respect to these guys, basketball was and is always inside me.”

14) At the beginning of your career or in another moment, did you ever think, did you have the confidence Dimitris Itoudis would become one of the best Coach ever?

“Confidence is building when you’re adding something in your life day by day. There are many things to learn more. I want to know as much as possible from everything… players, coaches, interviews, friendships… everything. That’s a process. Confidence is coming with work, knowledge of the game… you have to live and face adversities.”

14) Last question. A moment, a fact or a game that has remained and will remain fixed in your mind.

“In 1995, when I was 25 years old, one day the head Coach of PAOK, Efthimis Kioumourtzoglou, came and told me: “This is your last practice.” And I reply: “What?!” He said: “From tomorrow, you will be the Coach of the team.” He explained me the reason of this decision. I remember I had 3 practice to prepare the game against Dynamo Moscow. We lost the game but that was my first game as a Head Coach. That’s a moment always in my memory, from the preparation to all the details of the game, including no sleeping!”