Home Europe Basketball News Gigi Datome: “I have always given everything for Italy. Istanbul is...
Facebook
Twitter
WhatsApp
Email
Telegram 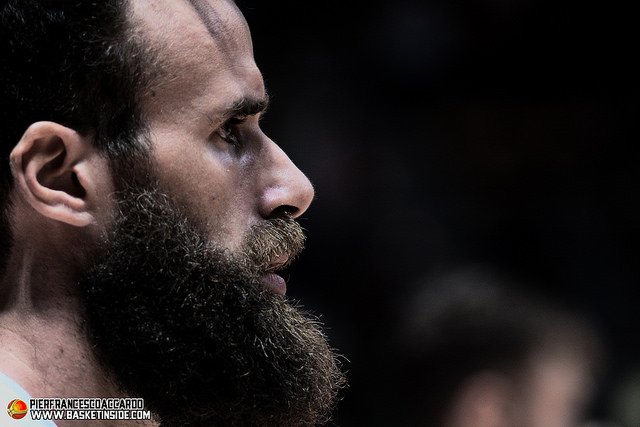 Welcome back to Italy Gigi! What’s the feeling back to your country, even if only for one game?

“It’s always nice to come back to Italy, there are so many people who will come to watch me at the Forum among friends and family.”

July 2015, Gigi Datome join Fenerbahçe in Turkey. Was it the right choice? Would you make this choice again?

“Yes, absolutely. We have won 8 titles, including the EuroLeague, played 2 more finals, which means that we have always been at the top in Europe. I think I made the right choice.”

Which player is Gigi Datome today? How important was Coach Obradovic for you?

“It was very important for me. It’s difficult to describe myself, but he transformed me from a talented player to a player able to stay in a winning team as a protagonist.”

For example, looking at our league, James Nunnally was known as a top scorer. At the Fenerbahçe has shown that he knows how to defend as one of the best in this competition.

“James Nunnally has done a crazy job for the team. I remember a super game in defense at the Final Four that contributed a lot to the final win.”

Italian community at Fenerbahçe. You, Melli, Gherardini, Zandalasini and Sottana. Do you like Italians by your side?

“We are a nice group! With Nicolò (Melli ndr.) there is a special relationship, but it’s nice to talk to everyone in Italian, to discuss what’s happening in our country. We’re not there because we are Italians, but the fact of being together we are pleased. “

Do you have a special friendship into the team, except for Nicolò?

“We stay very well together. I cannot tell you a particular name, because I’m good with everyone, from Jan Vesely to Melih Mahmutoğlu. It is very important because we are together every day for 10 months a year and this alchemy is essential inside a locker room.”

From Olbia to Istanbul via Siena, Scafati, Rome, Boston and Detroit. You had the opportunity to live in many cities, all different from each other.

“Istanbul is amazing. I’m in love with the city, it gets inside you and gives you so much. It is very particular to go around, everyone know us, love us and we are privileged. I continue to discover wonderful places, especially in this period of sunshine and good weather. But Rome is of course my favorite city, the one where I have wonderful memories.”

Once the contract with Fenerbahçe is expired, will there always be a chance to sign again with Fener? Or would you like to try a different experience always in EuroLeague?  Is the NBA chance permanently closed or you leave the door open?

“Everything will depend on the choices I have available. If is there the NBA, I will also think about that. Let’s think about this year, to do well and finish right this season. I have another year of contract with Fenerbahçe and unless they want to send me away, I will stay here with great pleasure. “

Finally we are at the World Cup. You are the captain and symbol of this Italy that wants to surprise.

“I never played the World Cup, unlike Marco Belinelli who already had the honor of partecipate. It’s very early, we need to understand who we will be first, but this summer we will talk a lot about basketball. Italy will return to the center of the world basketball stage and it is a fundamental thing for our movement that needs it so much. “

You always said yes to the national team and you have always give everything for Italy.

“Since 2001, I have never missed a summer for the national team. This will be the 19th summer in a row and it will be a great pride for me.”

Next year it will be a busy calendar, with the World Cup and 2 more teams in EuroLeague. A player is not afraid of “overdoing”?

“Absolutely, a player thinks about this. The players association wants to protect players from some risks, such as long travels. EuroLeague is a very strong and beautiful championship and they fortunately listen to us a lot and pay attention to our requests. Players need a rest time, it is essential not to be “dead” at the end of the season. If everything goes right, we will finish the turkish championship at the end of June and there will be less than a month to rest before starting the national adventure and it won’t be much time. We need to limit the trips as I said earlier, but I agree with the EuroLeague that tries to make as many games as possible because the quality is high and the whole movement gains. “

You are the president of the EuroLeague Players Association. How was this project born?

“Players Associations already existed, but this is the first time for the EuroLeague. We were inspired by the NBA model, with players like me, Hines and Boki Nachbar, who for him is a real job. I had the idea in the winter period when the players had to choose in the windows for the national teams, whether to play with the club or the national team. The player was left alone in front of this choice. Finally the players have a word in the matter. For example, players can request a second medical opinion superpartes. It is a very important and un-sponsored thing. The stickers will be removed from the court, because caused many injuries. For example, Larkin and Hackett slipped on it. Stickers are a very dangerous thing and the EuroLega listened to us. “

What do you think about the situation of Italian basketball? Unfortunately, unpleasant things have happened, like Cantù recently and more recently Siena and Trieste…

“There are 3 different situations. I hope that in the future rules can be made in which, if a team starts the championship, it must guarantee the correct participation both from an economic point of view with salaries, and from a sporting point of view by correctly honoring the championship. It has to be a normal thing, but unfortunately often it is not. Returning all this, would give new credibility to the Italian championship. “

Prediction time. Who will win the Italian Serie A, the NBA and the EuroLeague.

“For obvious reasons, I won’t answer you about the EuroLeague! For the Italian Serie A, I see Milan as a favorite, it’s the most equipped team to face the Playoffs. In the NBA everyone says Golden State, but I liked Toronto a lot, impressing me a lot. I hope there are some surprises! “