Milano-Real Madrid, Messina: “We need our attention to detail and intensity back”

The presentation of the Euroleague game between Olimpia Milan and Real Madrid basketball.

The double round week, the first, terrible for degree of difficulty, takes place on Friday at the Mediolanum Forum where Real Madrid comes, fresh from the win over Khimki inspired by a 21-point performance by Sergio Llull. Real Madrid had lost the first two games of this EuroLeague season, but in the meantime they are unbeaten in the Spanish league and have won the Spanish Super Cup. For Olimpia it is a historical challenging game, which extends its roots over 50 years of history, but has recently reserved very little satisfaction. Madrid have won the last 14 head-to-head games and have only lost once in Milan during the EuroLeague era. At the same time, in the last few head-to-head clashes, home and away, Olimpia has always been so close to finally succeed, building significant margins, even in double figures, but it wasn’t able to close the deal. It has happened in both last season games and in the two of the previous one, too.

OLIMPIA – In Athens, it lost the first time this season, ceding in the second half after a quality first half in which it held Olympiacos to 36 points and very low percentages from the outside. In the second half, momentum changed and Olimpia failed to contain Olympiacos in-out game, despite the excellent performance of Michael Roll, who is now 7-for-9 in three-point shooting. It is a special game for many reasons, especially for Sergio Rodriguez who will face his former team (with whom he won the EuroLeague in 2015 and was the season MVP in 2014) and against many of his National team teammates, Sergio Llull, Rudy Fernandez, Felipe Reyes, from the “dorada” generation. Among other things, Llull shows up in Milan three points away from 3,000 for his career, a goal that will eventually be attacked by Chacho himself, who for his part will become all-time third best Euroleague player in this category after his next assist.

COACH ETTORE MESSINA – “We face one of the top contender for the Euroleague championship. Real Madrid is a very deep and very experienced team. For us, it’s important to get back the necessary attention to detail and defensive intensity in order to have a chance to win the game. Unfortunately, we are again playing without to key players like Kevin Punter and Vlado Micov. They have been out for three and four weeks already, but in Athens for the first time we really missed them. Besides, Kyle Hines sprained an ankle during the Athens game and only before the game we will make a definitive decision about his availability.”

SERGIO RODRIGUEZ – “We are playing against a great and experienced team. Real Madrid lost the first two EuroLeague games, but they are coming off a win over Khimki and for sure they’ll be ready to compete in Milan. We are coming off our first loss, that’s one more reason to be ready to compete ourselves. For me, as always, against Real Madrid, this is a very special game.”

IL REAL MADRID – It has reached the Final Four in seven of the last nine years and was in a position to qualify last season as well. Real Madrid relies on a core of legends who have been playing together for many years. Sergio Llull is in the 14th EuroLeague season with Real Madrid; Rudy Fernandez is in his 10th; Felipe Reyes would be in 16th place but he has not played yet. At 40, he is the oldest player in the competition. Jaycee Carroll, who began his European career in Teramo, is in his tenth season in Madrid and is a 42.3% shooter out of nearly 1.000 attempts. The Swedish, Jeffery Taylor is in his sixth year at Real Madrid; Trey Thompkins too; Anthony Randolph, a former NBA first round pick and European Champion with the Slovenian national team, is in his fifth; the French Fabien Causeur (10 EuroLeague seasons in his resume) has been in Madrid for five years; the 2.22 intimidator Edy Tavares is in his fourth year in Madrid. Then there is the Argentine colony led by Facundo Campazzo, in his fifth year at Real with a ever expanding role, and which then counts on Gabriel Deck, 25, in his third year with Real, and Nicolas Laprovittola. Alberto Abalde from Valencia came during the summer (he’s hotting 57.1% from three) and Carlos Alocen from Badalona who has not yet turned 20. Coach Pablo Laso, in his tenth year in Madrid, frequently uses 18-year-old Usman Garuba, an extraordinary athlete, in his line-up. All this to say that no team in Europe has a roster of individual and overall experience comparable to that of Real Madrid.

THE REAL MADRID CONNECTION – Sergio Rodriguez played for Real Madrid for six seasons, returning from the NBA and before moving to Philadelphia. In these six seasons he has won the EuroLeague in 2015, was the MVP of the competition in 2014, won the Spanish title three times, the Copa del Rey four times, the Spanish Super Cup three times. Twice he has won the assist crown in the Spanish league. In 2018/19, with CSKA Moscow, he beat Real Madrid in the semifinals on the way to his second European title. Ettore Messina coached Real Madrid for nearly two years with a 23-13 EuroLeague record in the past. Among his players in that period there were Sergio Llull and Felipe Reyes, as well as Sergio Rodriguez. Michael Roll was Fabien Causeur’s teammate in Vitoria. Malcolm Delaney played with Antony Randolph in Kuban. 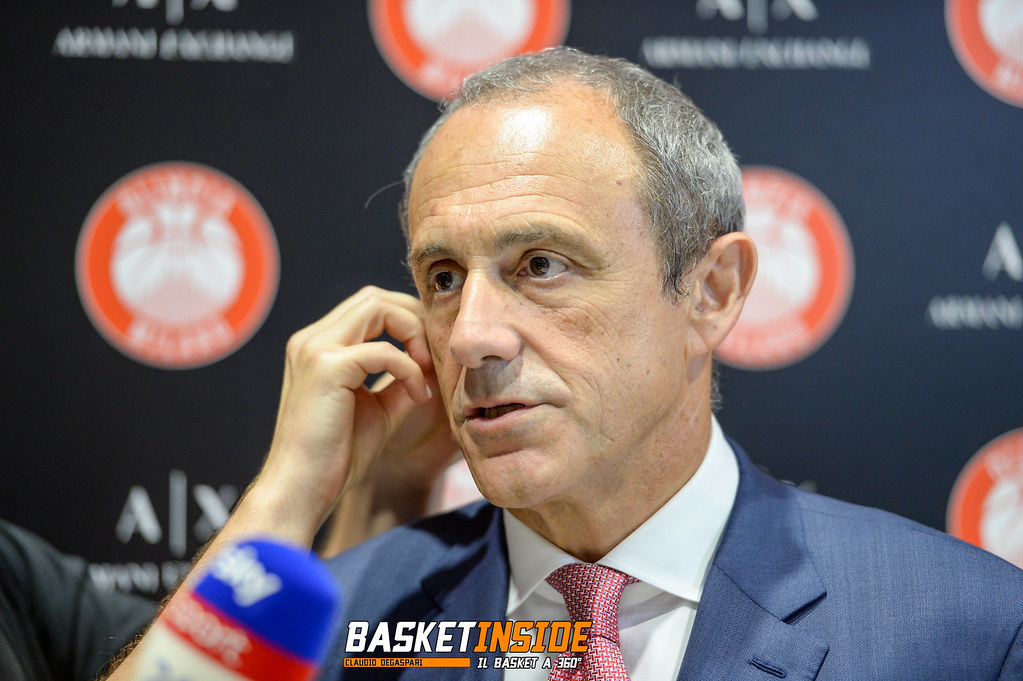