“To say I’m proud and thrilled about making it to the NBA would be an understatement. When you’re 5-foot-11 (or maybe 5-foot-10) and come from a country where basketball takes such a backseat to soccer, you’re not really supposed to end up playing with the best in the world.

But here I am, at age 29 and about to become the shortest player without college basketball experience in league history. (I learned about this recently).

Like many of my future peers, playing in the NBA has been a lifelong dream. When I was a kid, me and my friends played like we were Jason Kidd, Steve Nash and Vince Carter and pretended we were in the league. To be honest, for much of my life I didn’t think actually playing in the NBA was a really attainable thing. It was only later on in my career, once I was with Real Madrid, that I even looked at it as a goal and maybe not a particularly realistic one.

But at one point I figured I may be NBA material and had a pretty decent shot at it. I heard there was interest and when I realized 3-4 months ago that interest was going to materialize into actual offers this year, I decided to really try my best to make it here. It was a family decision that we were not going to pass on this opportunity. I didn’t want to look back on my career down the road and have regrets about not pursuing a contract in the States. This was it.

That said, it was not an easy process at all. I mean, the basketball part was easy because playing is what I enjoy doing. But when you’re not playing, your mind wanders whether you like it or not. I wanted to go to the NBA, but I had to play the earlier portion of the basketball season in Europe. So you’re kind of like competing and in free agency at the same time. Not ideal!

I’ve had a bunch of sleepless nights thinking, “Man, what if I get injured now and cannot go to the NBA when it’s at the tip of my fingers? How hard is it going to be to move to a new city in a new country? Will my family settle in and be OK?” Once the games started, that was not a thought anymore. But before and after? It was there all the time.

It was stressful and not just for me. I spoke to my brother after agreeing to a deal with the Nuggets and he told me he had many sleepless nights as well antsy at the prospect of me being so close to making it to the NBA. He says he can’t stop crying now once the dream has finally been realized. My mother got worried too because, well, that’s what mothers do, right? (Full disclosure: She was not thrilled with my decision to leave Real Madrid early on because she loved watching me with Real and loved the city… though she’s on board with my choice now).

Aside from being super happy about becoming an NBA player, I’m also ecstatic about doing it so with the Nuggets. There was mild interest from New York and Minnesota made a hard run at my services with my friend Pablo Prigioni recruiting me all the time, but it was impossible to say no to Denver. The fact that they are a playoff team where you can compete for major things and get a lot of visibility really factored into my decision. Not to mention they have a bit of an international flavor, which made Denver even more appealing.

Also Manu Ginobili, Andres Nocioni and Luis Scola put in the good word for the organization and the city. At that point, I was sold. Luis’ advice has been so important throughout my career. He’s the one that really convinced me that in order to get to the next level I really had to take better care of my body and be even more of a pro. I was fortunate to cross paths with him on the Argentinian National Team. 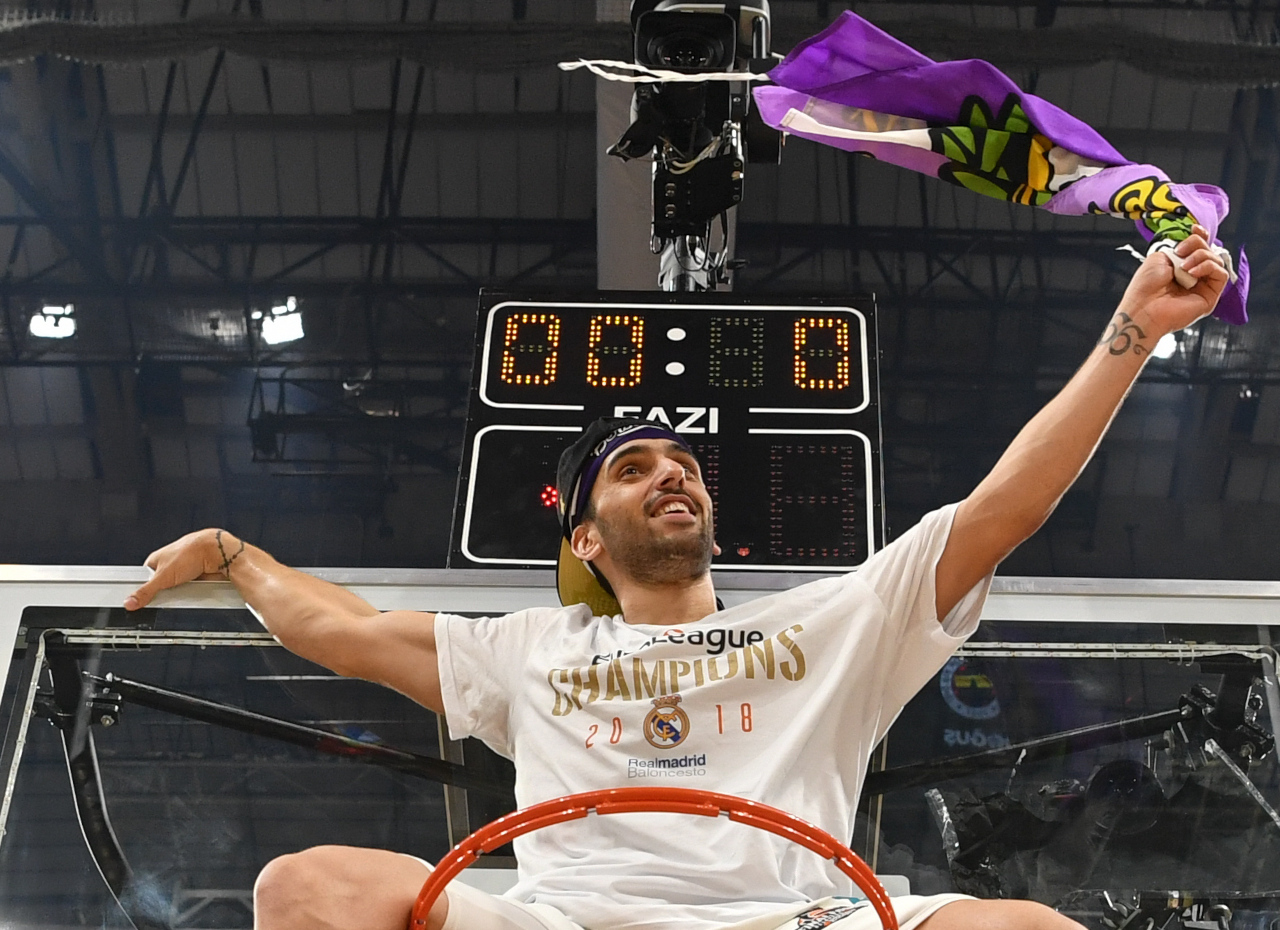 In case you didn’t know, I’m a bit afraid of flying. I guess I have improved a lot on that recently because I chose one of the teams with long flights to pretty much everywhere. I don’t know if I could have done this back in the day. Anyway, I still need my window seat so I can look out and relieve some of the tension. I know it’s stupid, but it helps me a big deal when I can’t travel with my wife and hold her hand to be more relaxed.

It goes without saying that signing with the Nuggets is a dream come true, but it’s by no means mission accomplished for me. I’m coming here to stay and have a relevant NBA career.

I don’t know how much playing time will be available for me in Denver, but I do know my old antics to draw the attention of the coaches may not fly well over here. I was very much the type of guy who sat next to the assistants and moved a lot and made every possible effort to get noticed – going as far as to spit on the floor and rub my shoe there. (I’m not proud). It got on Argentina coach Nestor Garcia‘s nerves a lot. He was like “Stop it, Facu! Yes, I see you! You will be on the court eventually, please stop it!”

Really looking forward to starting the NBA season now, especially to play against guys like Stephen Curry and Damian Lillard and see if I can measure up to them. Luckily, I get to play both of them in the preseason, so I get an early taste of what’s ahead for me. Hopefully, it’s as exciting as the path that took me here.”